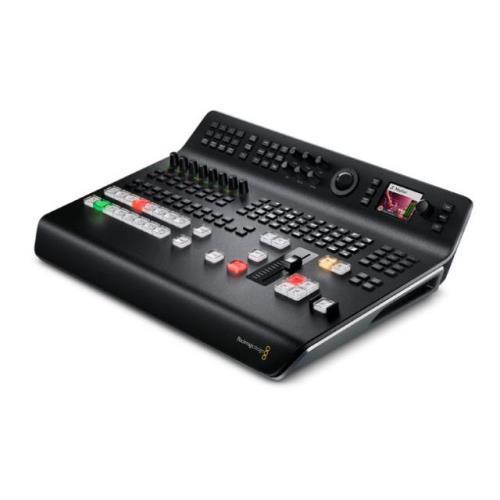 The ATEM Television Studio Pro 4K features 8 standards converted 12G-SDI inputs so you can connect to both HD and Ultra HD sources. Each input also features a corresponding 12G-SDI output that can be used for camera return feeds with embedded control data, and mix minus is available on each 12G-SDI output.

Each 12G-SDI input features an independent Teranex low latency standards converter allowing inputs to be any combination of HD or Ultra HD television formats. The switcher will convert inputs to the switcher’s standard, and combined with input re-sync, this means you can simply plug in and it just works!

Turn any live event into a professional HD or Ultra HD television program!

ATEM Television Studio switchers are the fastest and most affordable way to create incredible programs immediately from live events! They are perfect for broadcasters, professional sports, concerts, seminars, or even the new emerging generation of web broadcasters using platforms such as YouTube Live, Facebook Live and Twitch.tv. You can switch between multiple cameras, game consoles and computers in real time, all with broadcast quality transitions, graphics and effects! Both models feature clean professional switching so there’s never a glitch when changing sources. That means you can even use it as a front end controller for your AV system and switch between multiple sources with the press of a button!